Vitality Weight Loss Rewards (WLR) is a weight-loss journey that aims to help you lose weight in short, manageable cycles until you reach a healthier weight. You will earn rewards for participating and for reaching your goals. This is Johan van den Berg's weight loss story.

Hard-working Cape Town software development company CEO, Johan van den Berg, 37, struggled for 10 years to get into a regular exercise routine as his weight picked up by around a kilogram a year. In 2011 he found himself working regularly late into the night and with frequent overseas trips - and his first child was born. Life got even crazier. He confesses that he never really had the drive to force himself to lose weight. Then in November 2016, when his weight reached 90kg, the aches and pains began. He suffered gout and before that, back pain for a long period, but never really as persistent until then. For three months the back pain wouldn't go away. He also struggled with shoulder and other joint aches.

"I got the feeling my body was fighting back and was really not happy with the way I was living my life. I was taking all kinds of medicine for the gout. It felt like the blanket on my bed was cutting through my foot. My skin was so sensitive I wanted to die," says Johan. He wasn't convinced when his GP told him it was a result of his eating too much red meat, part of his life-long diet, together with a low alcohol, low sugar and low-fat, balanced diet. "Sometimes on holiday I'd eat a bit more than normal, but the only factor in my life that had changed was the weight and that my muscles were deteriorating. My body got tired easily and any sickness hit me harder than it did when I was younger," adds Johan. He has no history of diabetes, high cholesterol or high blood pressure, nor has he suffered any really chronic conditions. The specialists wanted to operate to sort out his back problems. That's when he came to the conclusion there had to be another solution. The gout proved the final straw.

Besides the initial physical ailments, there was the emotional toll. He felt tired all the time, struggled to get through the day, and had very low energy. "It was a feeling that I wasn't strong enough to do what I wanted with my kids. I was mentally and physically drained and struggled to concentrate during the last minutes of my day," he adds. Johan was disappointed in himself for having reached such a low point and felt he was losing out on opportunities to play with his kids, exercise more and get out and about.

By starting a daily exercise gym routine, he eliminated all his ailments. It was about finding the ability to set up an exercise routine amidst the chaos of his life. Altering his diet was not a primary concern, though he often ate less. He wanted his body to be strong enough to pick up his six-and-a-half year-old son and 18-month-old daughter and play with them and to be able to walk up and down steps without being out of breath. With kids' bath and feeding times coming immediately after his work hours, the only free daily time available was between 05:00 and 06:00. For six months he went to gym, doing weight circuits, the treadmill and rowing. Only overseas business trips interfered, but not too much if gym facilities were available.

Then he signed up for Vitality Weight Loss Rewards, (WLR). "It's an excellent motivator and I would recommend it to anybody. The best part is that it helps you learn how to manage your weight yourself.  It's changed my life. Don't do it because you want to lose weight - do it because you want to be healthy. I was on the upward path by the time I started WLR because I was already doing the Vitality Active Rewards programme and receiving the points. So, when WLR came along, it was another opportunity to track my progress - this time via weight loss. It was a re-affirmation of the path I was on - a real fit. Halfway through the WLR cycle it became a driving force. I was motivated to see the change." 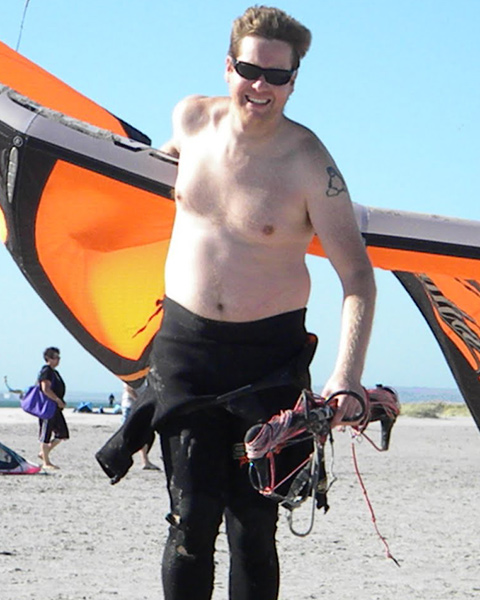 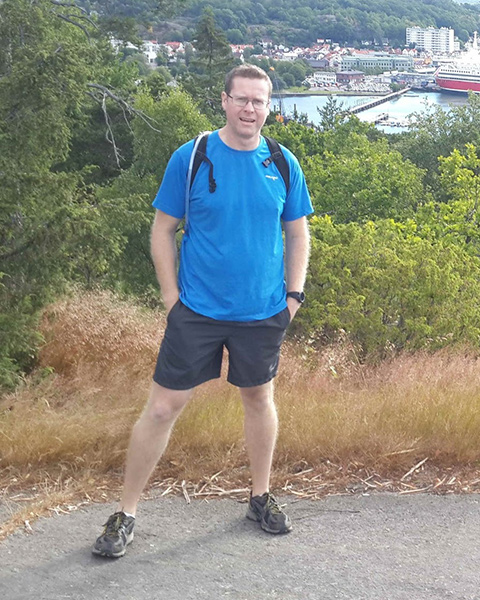 He felt tremendously good about himself. "Reaching my first weight loss goal in May this year after a 12-week cycle was amazing," he says. "Walking in there and seeing them measure and make it official was a very warm, fuzzy feeling." What he's doing differently now compared to before he started Vitality Weight Loss Rewards is his focus on how much food he eats, not so much the type of foods. These were already nutritious and healthy.  "I understand the laws of physics. If you put in more kilojoules than you burn, you gain weight. So, if I exercised too much I'd actual take in more kilojoules - eat a bit more, simply to keep my energy levels up. It's all about balance," he says.

Using Vitality's multiple benefits to gear up and stay healthy

He's fitter than when he was in matric and is using Vitality's other reward programmes to good effect, having invested in a Gear S3 watch and a Garmin Connect heart rate monitor linked to his Samsung S7 cell phone to better manage his heart rate during exercise. Johann's Vitality benefits include Gym Booster - he is a Virgin Active Gym member - HealthyGear which he has used to set himself up with a really good gym outfit - and the HealthyFood cash back benefit at Pick n Pay and Woolworths. He earned 50% cash back on his spend through the HealthyFood benefit for successfully completing his first Vitality Weight Rewards cycle. He's also uses the Ster-Kinekor movie discount benefit through Vitality.

He regularly changes his exercise routines to help him achieve a consistent heart rate. To start with, he could reach 80% of his exercise heart rate without too much effort but it's become progressively harder to get the same amount of points without increasing effort. "It all nudges you towards becoming stronger and faster. You've got to keep changing your exercise routine and setting new goals," he says. With both his and his wife's family living in Pretoria, regular flights from Cape Town are inevitable, but now a good deal cheaper through Vitality-linked travel discounts.

"I try and follow through all the programmes to get the most points on offer. My only challenge now is getting my wife as motivated as I am," he quips.

What did Johan think of his WLR experience?

I was on the upward path by the time I started WLR because I was already on the Vitality Active Rewards programme and receiving the points. So, when WLR came along, it was another opportunity to track my progress - this time via weight loss. It was a re-affirmation of the path I was on - a real fit.

It became a driving force. I was motivated to see the change."

What is Vitality Weight Loss Rewards?

Vitality Weight Loss Rewards (WLR) is a weight-loss journey that aims to help you lose weight in short, manageable cycles until you reach a healthier weight. You will earn rewards for participating and for reaching your goals.

Find out more about activating WLR and changing your life.

Pushing limits and shedding pounds: How Dumi found a sport she loves

Spring brings a scurry of activity as the earth bursts into life. Use this season to fall in love with a fitness activity that keeps you coming back for more. Dumisile Mthalane did just that. By finding a sport where she can soak up the sunshine, she's transformed the way she looks, thinks and feels.

Walk your way to a healthy heart

Think you're too unwell or unfit to exercise? Then simply start small this spring. Read here how walking can open the door to better heart health.

'How my Apple Watch saved my life'

When Russell Pengelly got his Apple Watch, he planned to use it to get healthier through Vitality. Little did he know it would end up saving his life