We have been noting for some time that while we expected overall South Africa GDP growth to perk up in 2017, it would be primarily due to agriculture, mining and tourism. As a result, we had worried that the domestic economy was effectively in recession.

Statistics SA’s publication of the Q1 2017 GDP data showed that the weakness of the domestic economy was so prevalent that it overwhelmed the boon of the agricultural and mining sectors. The economy contracted by an annualised 0.7% between the final quarter of 2016 and the first quarter of 2017. This was well below the 1% expansion that was expected by consensus. There are significant implications of this for growth forecasts, government revenue expectations, credit ratings and interest rates.

Despite a healthy performance by the agriculture and the mining sectors, every other major sector contracted. This painted a picture of a very weak South African economy, with sharp contractions in the following:

There are important points and implications to note:

1. The weakness was widespread. Figure 1. shows that only two sectors (mining & agriculture) grew in the quarter. 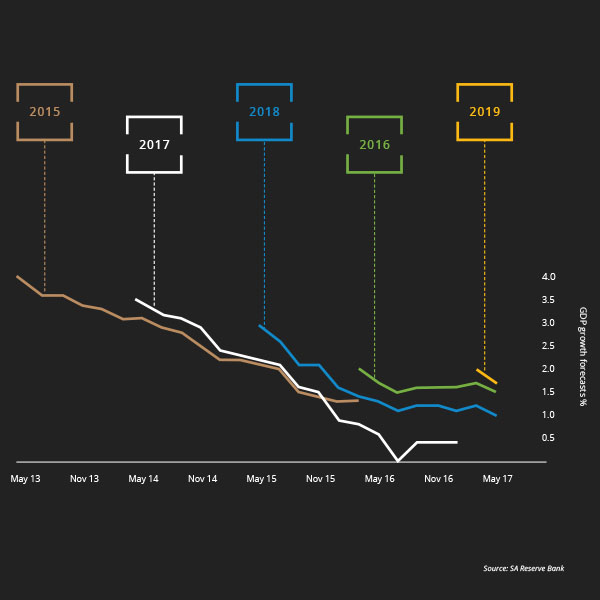 2. The consumer is under massive pressure. Every category of consumption (aside from services) contracted in the quarter, as set out in Figure 2 from StatsSA. The nominal GDP growth rate was hugely distorted by the tax impact in the quarter. Nominal GDP before taxes grew by a weak 6.3% - which is low but we have seen similar levels in recent years. However, compensation recorded its weakest nominal growth rate since the early 1990s, as highlighted in Figure 3. This is due to the continued job losses, weak wage growth and the tax hikes we saw in the first quarter. The consumer has no further ability to absorb tax hikes. There will be a large negative impact on growth if this occurs. 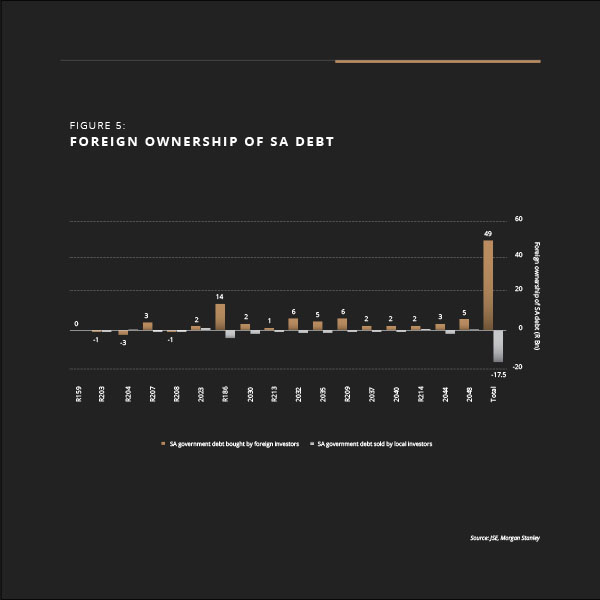 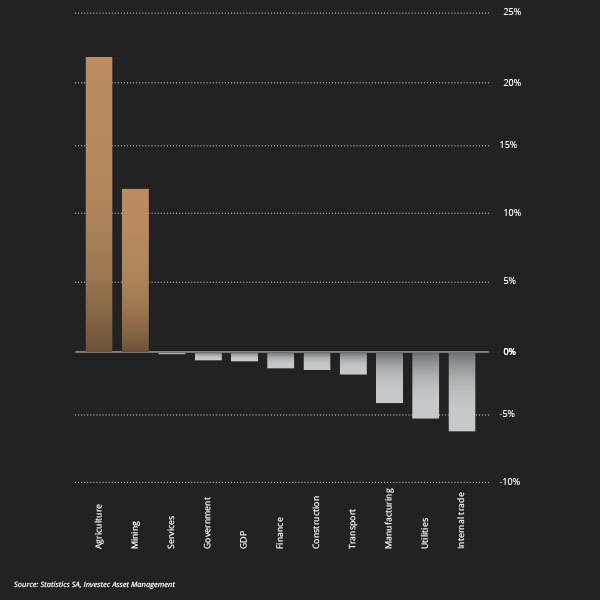 3. Weaker consumption will pull down growth forecasts. If we assume that semi-durable (principally clothing) volumes are flat this year and non-durables (food) only grow in the second half of 2017, we pull down our overall SA GDP growth forecast from 0.9% in 2017 to 0.5-0.6%. We are rapidly heading back towards the 2016 realised growth rate of 0.3%. We were assuming that growth would pick up through the year due to better fixed investment, however the cabinet reshuffle at the end of March has put paid to that expectation. The SARB has already downgraded its 2017 growth forecast to 1% at its May MPC meeting (Figure 4) – and it will be falling further at the July MPC meeting. 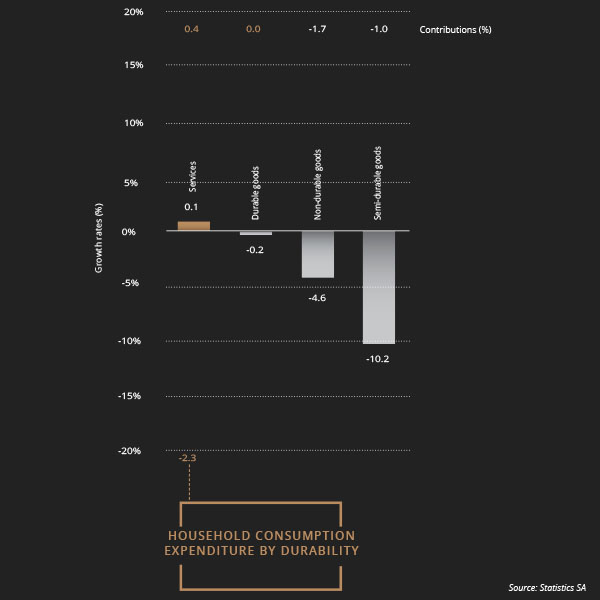 4. Government revenues are at risk. Weak growth will result in weak government revenues. The new Finance Minister will be making difficult decisions at the October medium-term budget policy statement. The government will be left with the unfortunate choice of having to cut expenditure further.

5. Weak growth will put pressure on South Africa’s credit ratings. All the rating agencies put particular emphasis on the country’s prospective growth profile. Prior to this release, we had expected Moody’s to downgrade both the local and foreign currency ratings by one notch to the lowest investment grade rating of Baa3 (equivalent to BBB-), and put the country’s outlook at stable. This growth data raises the risk of a downgrade and a negative outlook from Moody’s. With S&P already holding the local currency rating at BBB- negative, that would make the bond market worry about a possible ejection from the Citi World Government Bank Index (WGBI). An investment grade rating from either S&P or Moody’s is required for SA rand-denominated debt to remain in the WGBI. Given the growth in foreign ownership of SA debt in recent months, this is important. Figure 5 shows that foreigners have bought a net ZAR49bn of SA govt debt between February and April 2017, while local investors have sold ZAR17bn. 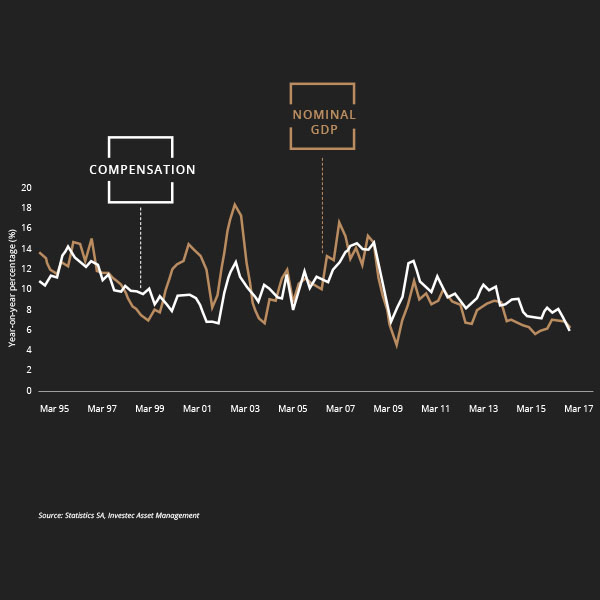 Nothing contained in this article should be construed as financial advice and is meant for information purposes only.