Dr Joy Summerton is so passionate about providing excellent care to mothers and their newborn babies in Limpopo that she received a Discovery Foundation Award in 2019 to train healthcare workers on respectful maternity care. 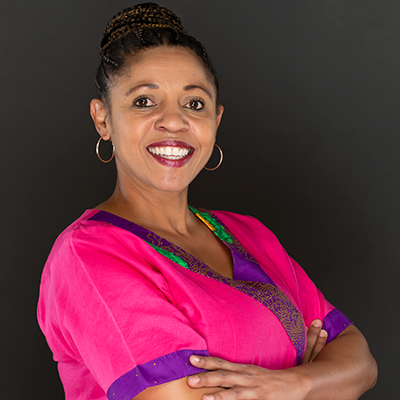 "If you treat women well and with respect, word travels."– Dr Joy Summerton

What is respectful maternity care?

In 2014, the World Health Organization released a statement where they called on governments and human rights organisations to help prevent and eliminate the disrespect and abuse of women during childbirth. Respectful maternity care is about providing healthcare to mothers while preserving their right to dignity and privacy, and not harming or mistreating them in any way.

Limpopo’s neonatal mortality rates are among the worst in the country. However, a series of strategically targeted Discovery Foundation-funded initiatives has helped in dropping the neonatal mortality plunge of 13% between 2013 and 2017. Dr Summerton, project manager for the Limpopo Initiative for Newborn Care (LINC) and Limpopo Maternal CARE (LimMCARE) programmes in the province, has launched a new initiative that aims to mentor maternity unit managers and healthcare workers on respectful maternity care.

In 2016, stillbirths and neonatal mortalities were everyday occurrences in Limpopo. A staggering 26% of newborns died from a lack of oxygen during birth and the in-facility maternal mortality rate was hovering at 130 out of every 100 000 births at the time. “We were losing babies of 2.5 kg and above for no logical reason and women in labour weren’t being properly monitored,” says Dr Summerton.

Their biggest challenge is reducing a neonatal mortality rate that has stayed at about 11 deaths for every 1 000 births, with low birth weight being an ongoing problem. One of the interventions is introducing continuous positive airway pressure, or CPAP. “However, only 40% of Limpopo’s rural hospitals have medical air,” Dr Summerton reveals. This intervention also requires high-level nurse training.

Luckily, LINC received a generous donation of bubble CPAP machines that do not need medical air and are low-cost and low-maintenance. These were distributed to hospitals throughout Limpopo, with a specific focus on the Mopani district. The distribution of the machines was accompanied by on-site support and training. It also included basic troubleshooting training if they encounter problems.

By using World Health Organization recommendations for maternity care and the national maternity care guidelines for South Africa as best practice, Dr Summerton and her team are slowly working wonders. The Discovery Foundation Rural Institutional Award to LINC will be implemented over three years. “We have seen it is best to start really small and focus our support and mentoring. You have to make sure that facilities you are supporting are at least crawling or walking on their own before you refocus support on new facilities.”

The first phase will support the greater Letaba sub-district in the Mopani district, which has one district hospital and 21 feeder clinics. Dr Summerton says the plan is to document lessons as they roll out the project to create sustained behaviour change in all staff working in all maternity units. “Once we have proof of concept, we can roll it out over the entire province,” she adds.

“For respectful maternity care to be sustainable, we need champions; doctors or nurses who are passionate about pregnant women and newborns. By giving them the skills and knowledge to train other front-line healthcare providers, we get the knock-on effect,” she says.

Since LimMCARE was introduced in 2017, Dr Summerton has found two pivotal champions who are central to its success. “The first was Jason Marcus, an advanced midwifery lecturer from the University of Cape Town, where respectful maternity care first began in this country,” she says. Together with LimMCARE clinical mentor Sister Mapei Moshabela, a former Limpopo province maternity manager, they make a formidable team.

Dr Summerton outlines one problem that contributes to deaths. “The primary healthcare clinics in the greater Letaba sub-district stopped delivering babies. They close their gates at 17:00 and refer women to Kgapane District Hospital.” Official policy is that clinics should deliver babies of low-risk mothers, referring them to a district hospital only when there are complications.

“If clinics do not follow the policy, those moms and babies stack up at the district hospital, occupying beds that should be for those with complications. This overwhelms healthcare providers at the hospital and inevitably compromises the quality of care. So, we need to deliver, observe and discharge at the clinics, which must be open 24 hours a day,” she emphasises.

The most uplifting part of her job is watching healthcare providers transform. “At the start of the programme they’re demoralised, angry even. They don’t want to try anything new. Just getting them to allow family or friends into the labour ward was a big hurdle. After a while you see the smiles and the next thing you know they’re even having conversations with patients,” she says.

LINC has introduced respectful maternity care award ceremonies with trophies for starting the programme and a floating trophy for the best facility. “We did the first 24-hour shift with one clinic on 21 April 2019, just to show that it can be done.”

The granddaughter of an Englishman who settled down to farm in Hogsback with his brother, both married amaXhosa women from the nearby village, Dr Summerton says she has out-of-the box thinking in her DNA. Raised in a family of Western medicine healthcare workers, she did her PhD on the role of traditional health practitioners in the treatment and care of people living with HIV and AIDS. “It turned my entire worldview and belief system on its head,” she says. She found that they needed to work with traditional health practitioners to help patients with HIV and AIDS see further medical intervention.

She became frustrated with pure research. “I wanted to be part of the solution, identifying the problem and working collectively to intervene successfully. Ask people what change they want. Being able to say, ‘Let’s do it together’. Later we can look back and see how far we’ve come, asking; what’s next? That’s what gets me up in the morning.”

One thing Dr Summerton is aiming for is to persuade mothers to attend antenatal clinics as soon as they become pregnant. LimMCARE has also taken the bold step of introducing a minimum of 12 antenatal care visits for pregnant women in the Mopani district, as opposed to the standard eight visits. This is already making a big difference in managing pregnancies in the area and picking up complications timeously.

“If you treat women well and with respect, word travels. Education is vital to help mothers make informed decisions, from conception to birth, otherwise you’ve failed them,” she says.

Another pillar of respectful maternity care is teaching mothers to identify birth companions. “It needs to be somebody you trust who helps you remember stuff. It’s been amazing; they’re choosing the birth companions on their own now after we tell them about all the benefits.”

12 ways to protect yourself from cancer in 2020

It’s a new year, a new you and another opportunity to start living your best, healthiest life. We spoke to medical oncologist and Discovery Foundation alumna Dr Sze Wai Chan about the positive habits you can start today to protect yourself from cancer.

Making a difference for Mthatha’s children

With his Discovery Foundation Rural Individual Fellowship Award, Dr Andrew Oyemwimina investigated the prevalence of HIV infection among paediatric patients who were admitted to hospital in 2016 – the first study of its kind in the Eastern Cape.