He's done it again! On 11 June 2017, Olympic Gold medalist Wayde van Niekerk sprinted to a new South African record of 19.84 seconds in the 200m half-lap at the Racers Grand Prix in Jamaica.

We celebrate his extraordinary 19-second (or so) achievement with 19 key insights, in Wayde's own words, shared during our most recent interview with him.

My question to you is this - What makes you so ordinary? We are all special. We all work hard to achieve. We all need to look after ourselves and put in extra effort to make ourselves better. Even though you might see me on television, you might be the silent hero everyday saving someone in some small way and nobody sees you. We don't have to see ourselves as above others. Just be yourself and be the hero of your own story and of your own personal growth. That's what I do in life.

Being seen as one of the greatest sporting personalities of South Africa is quite a cool honour. I enjoy inspiring South Africans to chase their dreams. I want to make myself and my nation proud.

Being born premature at 29 weeks and weighing just over 1 kg hasn't defined my life. I grew up as a normal kid. I did whatever else my family members or friends and teammates did. I never felt I had any disadvantage.

We are very close - very, very close. I just moved out of home - quite tough for mom. My family's support structure is massive. They have always been there for me and now they try to be at every race even traveling to the Rio Olympics last year. My whole family is good at athletics (Wayde's mom, Odessa Swarts, was a track and field competitor who set national records in her day). My journey has become our journey. Through difficult and happy times, they were there for me. When I win, I represent my whole family.

5. Engage with coaches and mentors to go higher:

My coach Ans Botha (affectionately called 'Tannie Ans' by her athletes) plays a massive role in my life and a motherly role not just to me, but to every single athlete that she works with. She puts in effort to understand and help us all. She is an inspiration, reaching the peak of her coaching career at the age of 75.

6. Treat others with respect:

My coach has a gentle touch and a soft heart in everything she does. I think that's rubbed off on me. I try to show everyone the respect and love that they deserve. Respecting others has opened so many relationships and doors for me, both on the track and in life.

What you see on the track is the culmination of what happens in training. It's about putting in the hard work to get to the result instead of dwelling on potential. Work to get there. (On March 12, 2016 Wayde became the first athlete to break 10 seconds for 100 metres, 20 seconds for 200 metres, and 44 seconds for 400 metres). I think it's very special to be the only athlete to be able to break the three barriers combined. But I don't dwell on that - there's so much room for improvement. I always reach higher. 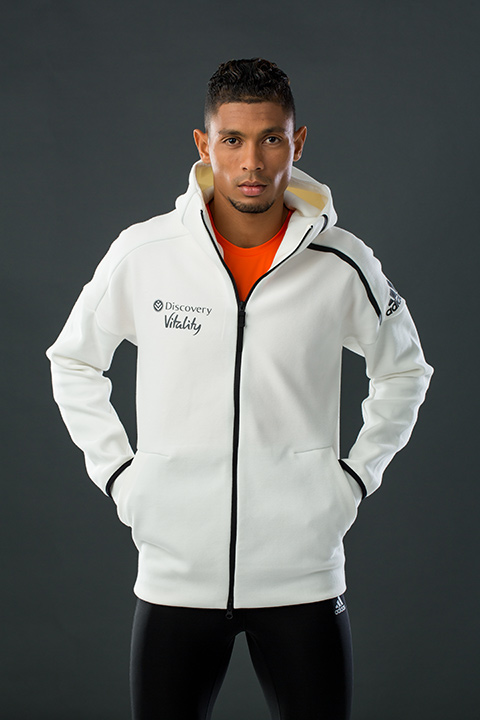 I am a massive dreamer, always finding ways to link my dreams and prayer and make them one. When I go out there praying to the Lord, telling him my dreams, my goals and where I want to be, He listens to me.

(Van Niekerk recalls the moments before he won his gold medal in the 400 metres at the 2016 Summer Olympics with a world record time of 43.03 seconds). I was nervous. I had a slight injury and both in the heats and semi-final, it bothered me and I ended up in tears because of the pain and the irritation. I dug deep and accepted my circumstances. Was I going to let my chance slip by because it didn't feel perfect? I went out there and I gave it my best and, thank God, things went my way that day. As soon as I got over that finish line and broke the record, despite injuries and niggles, I realised I had the potential to go even faster.

10. Surround yourself with people who see the best in you:

Before the Rio Olympics, I trained with Usain Bolt's coach Glen Mills. Glen told Usain that two people could break the world record in the 400 m - Usain and me. Then Usain came to me at the Rio games before the 400 m event and told me I could break a record. I said, "Hopefully soon." He replied "No! You can beat the 400 m record now." Later, Usain said, "I told you - you can, I told you - you can!" It was a very special moment, knowing that the king of track and field saw something in me. That sparked a new confidence in me. I met Michael Johnson a few months later. He was at ease with the fact that I broke his record. I've got a lot of respect for him and he for me.

11. Be careful of comparing yourself to others:

(In May 2016 Wayde donated half-a-million rand to the Newborns Groote Schuur Trust to aid the upgrade of the Cape Town-based hospital's very over crowded neonatal unit - the very unit where he spent several weeks in an incubator when he was born). Donating the money to Groote Schuur was something I did for the hospital and my mom, who is passionate about premature babies. Later, one of my sponsors added to the donation.

Doubt is something that creeps into our lives daily. Counter it with self-belief, trust in the Lord's work in your life and know that there's more in store for you. It's very important that we do not limit ourselves and that we reach for what we think is impossible. That's how I live my life - try and achieve things yet unachieved. That's worked out quite well for me. The more you practice the luckier you become on the track.

I'm so satisfied and comfortable with myself mentally, spiritually and physically. When those boxes are ticked, I'm willing to take on anything. If I feel physically strong, I know that my body will be able to perform. If I'm mentally strong, I'll be able to keep myself very relaxed and composed. If my spiritual levels are right, I can always trust in the Lord and His plans for me. Those three things make it so much easier for me to run when the gun goes. 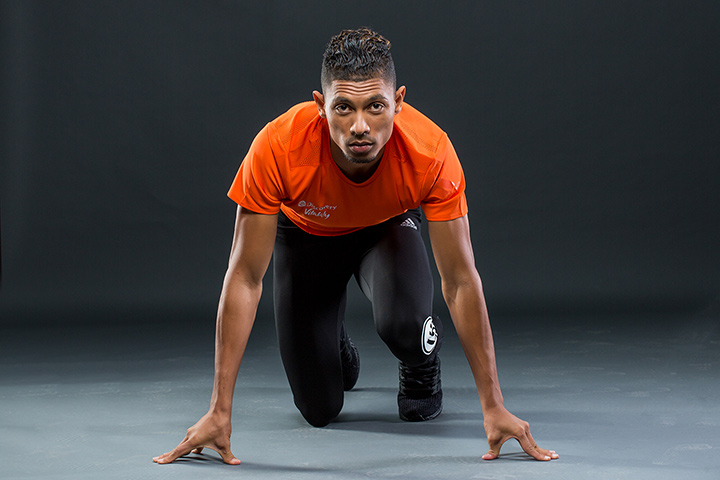 Despite all that's happened I am the same old Wayde. The reality is that my life will never be the same. So much is happening around me and it can change you as a person, so I just try and stay as calm, loving and as respectful as I can.

I try and do three sessions a day - gym work, a track session and Pilates or strengthening exercises. My Discovery Vitality points are going to be sky high soon!

I love anything that my mother cooks and when there's an opportunity to have meat, I'll have it. Overall I try to eat very healthily. If you focus on health daily, you live a longer, better life. I encourage people in my sphere of influence to be healthy. I've seen so many people live such unhealthy lifestyles and they miss out on so much. People see a healthy lifestyle as being about eating less food, or less meat, or more vegetables. But there is so much more to it. Health refers to the circles in which we engage and situations we put ourselves into, the words we speak, the way we think, the things we eat and how we exercise. This is what I focus on - the whole. (On an average day Wayde eats a mid-morning snack after gym, for lunch he has a portion (about 250g) of meat for protein, an afternoon snack an hour before training, a cooked meal at night with greens and he has liquids throughout the day (including water and fruit juices) totaling about 2 litres. On race day, he snacks mostly on nuts, berries, and a banana, plus around 750ml of bottled water).

18. Parents need to be health role models to their children:

It's crazy that parents are trying to educate their children about being healthier but they are themselves obese. Parents need to lead by example. Children all have dreams and want to live a successful life and being healthy is crucial to allowing a child to realise their potential.

Discovery Vitality - I love it. I think it's a great initiative. South Africa has one of the highest obesity rates in the world. Vitality gives people knowledge on how to live a healthier lifestyle and at the same time motivates you to try and achieve your health and fitness goals. The Vitality Wellness Assessments are so important in picking up small issues that could later become chronic illnesses and giving people a chance to stop them in their tracks. As a Discovery Vitality Ambassador, I am so proud to be a part of an organisation with massive passion for South Africa. It makes me feel a part of a family and I feel motivation to continue inspiring and helping people to live a healthier and better lifestyle.

5 excuses not to exercise (but are they good enough?!)

We can all think of a reason why we just can't fit a workout in today. But understanding how we justify it can help to break down barriers to exercise. Here we list some common excuses for avoiding exercise, and tips to get you going.

Sweat, but not the small stuff

While some people claim to be immune to stress, it is a normative condition. Without it, humans would not thrive or succeed in life. Dr Craig Nossel, Head of Vitality Wellness: The Sunday Times, 25 June 2017

Whether you take on the Comrades, are one of over 50 000 people doing a parkrun every Saturday, or enjoy the races running clubs put on every weekend - every single step counts. Dr Craig Nossel, Head of Vitality Wellness: The Sunday Times, 4 June 2017