How would you make the world healthier?

We asked British economist, Lord Jim O’Neill, how he would would make the world healthier and he immediately spoke of tackling the ‘greatest global crisis of antimicrobial resistance’. Here, he balances the cost of solving this crisis against the cost of doing nothing.

Antibiotic medication is so advanced today – and so widely used – it’s hard to imagine a time when it wasn’t a standard weapon in doctors’ infection-fighting arsenal. But barely a century ago, that was exactly the case: bacteria-bred infections that are treated quite easily today – like diarrhoea or pneumonia – were among the leading causes of death until the early 20th Century. Doctors at the time would use mould and plant extracts to treat infections, but with little success.

Then, between the work of German physician Paul Ehrlich and Scottish physician Sir Alexander Fleming, a powerful new solution was developed: antibiotics. These antibacterials were found to kill or inhibit the growth of infection-causing bugs, and they completely changed the face of modern medicine.

But then the bugs started fighting back. Over time, strains of bacteria began to develop resistance to antimicrobial drugs, creating a new brand of ‘superbugs’, impossible to kill or prevent. British economist, Lord Jim O’Neill, is not the only person who considers Antimicrobial Resistance (AMR) the greatest medical threat facing the modern world today. Why? Because it makes routine medical procedures far more dangerous through the higher risk of infection. The human and financial costs of this added danger are frightening, as you will see. 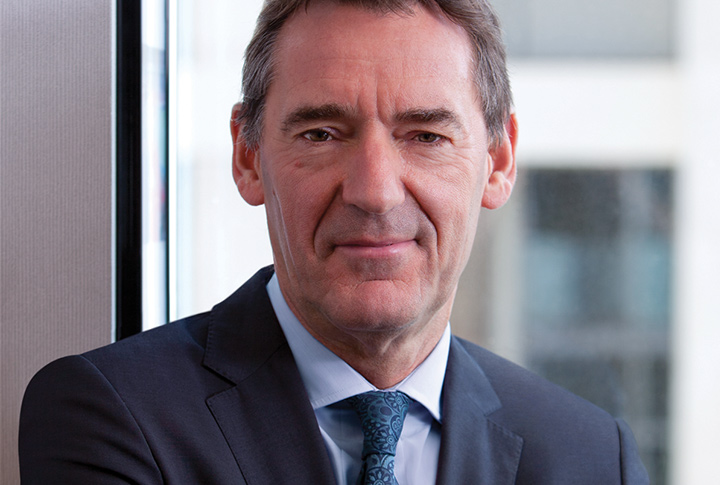 In 2014, Lord Jim O’Neill was tasked by UK Prime Minister David Cameron to establish a Review into AMR, hoping to avoid the world being ‘cast back into the dark ages of medicine’.

The published Review, produced by RAND and KPMG, with input from experts in the scientific community, outlines the sobering and escalating human impact of AMR between now and 2050, as well as its potentially enormous global financial cost. The key finding: if the global increase of AMR is not stopped, drug-resistant infections could kill 10 million people a year by 2050, the equivalent of one person every three seconds, and more than cancer kills today. The reduction in population and the morbidity impact would also reduce the level of world GDP by between 2% and 3.5% by 2050, creating a cumulative hit to global wealth of up to $100-trillion – or the equivalent of losing the entire UK economy from global output every year.

The Review set out 10 key areas where the world needs to take action to tackle AMR. Many of these measures focus on reducing the unnecessary use of antimicrobials (and, in turn, the rate at which resistance increases), while others suggest ways to increase the supply of new antimicrobial drugs.

‘My review not only makes it clear how big a threat AMR is to the world, with a potential 10 million people dying each year by 2050, but also now sets out a workable blueprint for bold, global action to tackle this challenge,’ said Lord O’Neill when presenting the recommendations in 2016. ‘The actions that I’m setting out today are ambitious in their scope – but this is a problem which is well within our grasp to solve if we take action now. I call on the governments of the G7, G20 and the UN to take real action in 2016 on the 10 proposals made by my review, to avoid the terrible human and economic costs of resistance that the world would otherwise face.’

Global leaders in healthcare have been emphatic in their response. ‘The World Health Organization warmly welcomes this thorough and compelling Review so brilliantly overseen by Lord O’Neill,’ WHO Director-General Dr Margaret Chan said. ‘Its 10-point platform for responding to antimicrobial resistance takes forward many issues raised in the WHO Global Action Plan on Antimicrobial Resistance. Importantly, the Review tackles the burning need to find incentives that can get new products into the pipeline. If not, the scenario it paints for 2050 will surely jolt the last remaining sceptics into action.’

‘The emerging global problem of antimicrobial resistance is one of the most serious health concerns we face today,’ added Sir Venki Ramakrishnan, Nobel Prize-winning biologist and President of the Royal Society. ‘The problem can only be tackled by combining a variety of measures, including appropriate use of existing antibiotics, public awareness and public health measures. It is equally important to solve the problem of the current lack of market incentives for the development of new antibiotics. This thoughtful Review is a very welcome first step towards addressing these issues. I hope very much that its suggestions are considered seriously.’

Two years after the publication of the Review, in the run-up to his participation in the 2018 Discovery Leadership Summit, Lord O’Neill is as bullish as ever. ‘I often say that leading this Review was one of the most stimulating things I've done in my professional career,’ he says. ‘There are many reasons why, but amongst them, it's made me realise that the actual financial cost of solving, for generations, something as global and as worrying as antimicrobial resistance, actually isn't that much.’

‘The Review that I chaired ultimately suggested 27 different interventions all over the world, over a decade, that would require $42-billion of finance. Now that’s a lot of money, but it's actually smaller than the amount of money just three US pharmaceutical companies have spent this past decade buying back their own shares. $42-billion over 10 years is less than one quarter of a tenth of a percent (0.025%) of global GDP – and yet, if we do nothing about it, we could have 10 million people a year dying by 2050. What’s more, our review also showed that the world would lose approximately $100-trillion of accumulated GDP over the next 35 years if we don't find a solution.’

Put in that context, Lord O’Neill’s vision of making the world healthier in this way seems both deathly urgent, and vibrantly achievable. ‘Another reason why the Review was so interesting is that, while most health problems are usually only fully understood by health experts, you need to get some part of them understood by people in business and finance,’ he adds.

‘When we published our final Review, a very smart, open-minded investor whom I'd known for many years looked at those numbers – $42-billion and $100-trillion – and said to me: “So you're telling me that by spending $42-billion you could get a return on investment of 2500%?” I jokingly said to him, “Even Warren Buffett would be impressed by that return on investment!”’

Business leaders, economists and world leaders gathered at the 2018 Discovery Leadership Summit and shared their views on the role of leadership in society. Economic growth, the subject of innovation and behavioural economics were high on the agenda.

We sat down with economist, leadership coach and global productivity expert Caroline Webb to get insights from her book, How To Have A Good Day, and some neuroscientific 'brain hacks' to help you flourish at work – both mentally and emotionally.