Award-winning financial planner Warren Ingram talks about living longer longer than you think and what that means for your investment portfolio.

Warren shares insights on the risks that investors face, the year that's been, and the political and economic factors that may impact the local and global economy in 2019.

What are the general risks that investors face in their investment and retirement portfolios? 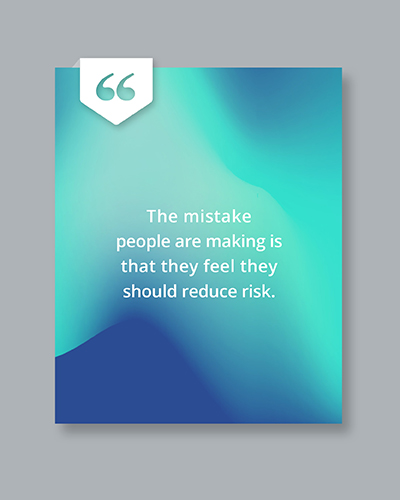 For retirement portfolios in particular, the one risk that is least understood is longevity risk, meaning the risk of living longer than you plan for. Middle- and high-income earners expect to live until the age of 75 or 80, but in reality, they could live ten years longer than that.

Around 65% to 70% of a portfolio should be in shares over a very long period of time. The mistake retirees make at age 65 is to think they should reduce their exposure to equities, not thinking that they might live another 20 or 25 years.

Do you think the returns of cash versus equities has been a bit of an anomaly? 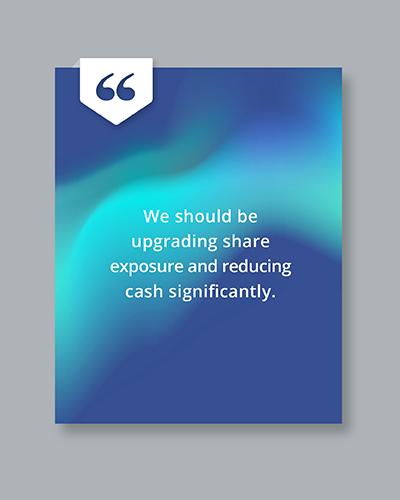 Yes. You will find periods where cash and money market delivers a better return than stocks, but it’s extremely rare over the long term and it’s an anomaly to see this over a 10 year period. Investors tend to predict that whatever has happened over the last ten years will most likely repeat itself over the following 10. But that is simply not true. A rational approach to the investment markets right now would be to increase your exposure to shares and reduce cash significantly.

In terms of the market cycle, what were some of the main risks that investors faced in 2018?

We can divide the risks of 2018 into two broad categories. The one was normal market dynamics, which is that stocks in the US market grew to record highs. This growth was mainly driven by the tech sector.

Domestically, we started with Ramaphoria. But what became clear was that the political turnaround hasn’t been nearly as quick as anticipated. Added to that was the issue of land expropriation, which was a huge dampener on all kinds of growth in South Africa. Without a resolution, investors were extremely reluctant to commit capital to any kind of asset.

Looking to 2019, what do you think are going to be some of the most prevalent risks that investors need to look out for?

Rising interest rates will start to become less of a factor in the US and at home. As growth in the US economy starts to slow, the US Federal Reserve will feel less pressure to raise rates as quickly as they have.

Brexit will be the driving theme of both the UK and the European markets. And until the US China trade war has been resolved correctly, it will be a sword hanging over everyone’s head.

How should investors be thinking of their portfolios and weighing up the various risks?

"Investors need to ensure they target growth from assets and are not just going for safety."

The temptation is to look for certainty and stability in a volatile time. But investors should consciously not reduce their exposure to shares. If they are underexposed, they should consider increasing their allocation. The same for the listed property sector, which was hard hit in 2018 and yet is an investment opportunity.

Essentially, we are living longer, our cost of living is rising and medical costs become a greater part of our cost base when we are older. Investors need to ensure they target proper growth from assets and are not just going for safety. The need for safety will end up being very destructive.