Colorectal cancer – a simple test can save your life

Surgical gastroenterologist, Dr Dean Lutrin, shares fascinating insight into colorectal cancer – which can occur in fit, healthy people who are asymptomatic in the early stages.

“The cheapest and simplest thing to do is to have a faecal occult blood test (checking for blood in the stool). If it proves positive, you can then do a colonoscopy. The official age guideline to do such tests, annually, is from age 50, but we’re seeing a rising incidence of colorectal cancer among younger people and would like to see it drop by five years at least.

We don’t know why yet, but it occurs in fit, healthy people who are asymptomatic in the early stages. When we find it early, they often think we’re hoodwinking them because they feel so well. They’ve often neither smoked nor drank – the truth is we have no answer as to why,” explains Surgical gastroenterologist Dr Dean Lutrin. Based at the Wits Donald Gordon Medical Centre in Gauteng, Dr Lutrin also teaches at the Charlotte Maxeke Academic Hospital. 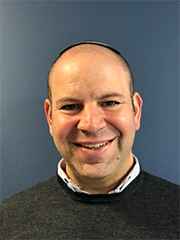 “About 40% of our black colorectal cancer patients are younger than age 50. They carry a genetic mutation that puts them at a higher-than-normal risk of colorectal cancer. They’re often young and have very aggressive, locally advanced metastatic cancer. The profile is of young men, and to a lesser extent, women, who’ve had prolonged symptoms and presented very late. We see stage four malignancies with bladder and prostate involvement and invasion of cancer into the small bowel or kidneys,” he says.

With a country-wide incidence of about six colorectal cancer patients per 100 000 population presenting at healthcare facilities, it’s hard to argue cost-efficacy for a national screening programme when the burden of other diseases is so much bigger. However, that doesn’t diminish the passion that Dr Lutrin and his fellow surgical gastroenterologists have for prevention.

He cites the example of a young mother of two children whom he saw recently. She had been experiencing some rectal bleeding for over a year and had thought it was just haemorrhoids, also known as piles. By the time she was diagnosed with rectal cancer she had incurable disease.

“It’s real gap in our medical knowledge. We know all about smoking causing lung cancer and sun exposure causing skin cancer, but we simply don’t have a good handle on colorectal cancer,” he adds.

His advice is that if any symptoms like rectal bleeding, a change in bowel habits, constipation or diarrhoea persist for more than a fortnight, you should seek medical help. He strongly believes that once diagnosed, people should seek out doctors who treat colorectal cancer often – and well.

“There’s a clear relationship between volume of patients and outcomes. It’s fascinating how many patients go somewhere medically inferior just because it’s closer to home. I also tell people to choose the surgeon and not the technology,” he adds.

Dr Lutrin stresses that most cancers don’t need to be treated as an emergency. People need time to have scans and blood tests and improve their physical health prior to surgery, the last a concept called ‘’pre-habilitation”. By way of explanation he cites the example of confirmed cancer patient who weighed 145kg. “Surgeons won’t operate on such a patient until he’s spent a couple of months in a supervised weight-loss programme,” says Lutrin. “Even though the cancer is slowly growing, it’s still in his interests to hold off on surgery until he’s healthier,” he adds.

When he rotated through the adult gastro wards as a young doctor at Charlotte Maxeke Academic Hospital, the minimally-invasive laparoscopic surgery available seemed like magic, especially given that the pelvic floor and rectum are so surgically inaccessible. Having just rotated through paediatric surgery while the father of an infant daughter, he’d found dealing with dying children particularly traumatic.

“Gastroenterological surgery seemed a challenge worth taking on. I was initially overwhelmed by it, but that was part of the excitement,” he admits.

He believes South Africa mirrors the United States where data show that colorectal surgery comprises 9% of general surgery - but accounts for 23% of surgical complications. There are no local equivalent data.

“It’s incredibly frustrating sometimes. You can do what seems to be technically flawless surgery and in three or four days the patient is back with a complication. Colorectal surgery is hard work for these patients, and it has a major impact on quality of life. It also has major effects on sexual and bladder functioning,” he warns.

He and his colleagues are most interested in a patient’s quality of life post-surgery, survival being taken as a virtual given - if the cancer’s caught early enough.

He regularly works an 18-hour day, but his clinical partnerships enable him to have two weekends off every month to spend with his family - and simply have fun.

Dr Lutrin, 43, is the father of four children, aged 13,10, 8 and three, and says he’s lived and worked his entire life within 10 km of where he was born. He’s the eldest of four sons and he lost his mother to breast cancer when he was 13. After several years his father remarried and he inherited three step-brothers. “There were lots of dogs and birds as I remember. Nobody in my family is medical but my grandmother tells me I wanted to be a doctor from four years old. It was never an option doing anything else. I spent my entire school career making sure my grades would get me into the Wits University Medical School,” he reveals.

What is holistic cancer survivorship care all about?