Discovery as a company prioritises both people-orientated product design and disruptive innovation.  At first glance, it appears the two don’t mix, but Harvard Business School Professor, Clayton Christensen – who coined the term “disruptive innovation” – says they can and do. Here’s how… 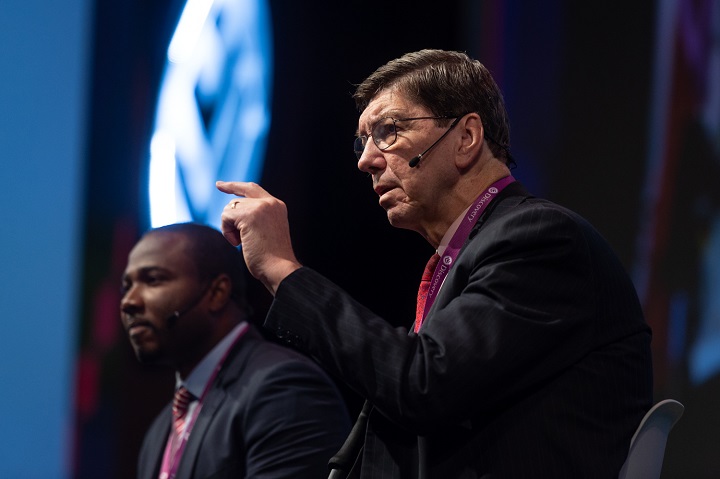 “As a general rule, it’s important to watch what customers do, not what they say,” argues Professor Clayton Christensen. He explains this by telling the story of a colleague who helped develop the “Jobs To Be Done” theory of customer-centred innovation: “He sat inside a McDonald’s one day for 18 hours, and in so doing, helped the company improve sales of their milkshakes.

McDonald’s had more data than anyone, had conducted focus groups, and kept improving and iterating on the milkshake after getting feedback. Unfortunately, it wasn’t working. Sales remained flat.

“But my colleague who sat there realised that people didn’t want a better tasting milkshake at all – they were simply trying to grab a quick ‘meal’ on the way to work. In fact, almost half of the milkshakes were sold before 8:30 in the morning. They just wanted something that would keep them awake during a long, boring commute. Once we understood not what customers said, but what they did, McDonald’s could improve the purchase and use experience on dimensions that customers actually valued.”

Focus on the right people

Further complicating the issue is the widespread idea that businesses should focus on their best customers. “While it sounds like very practical and logical guidance, it can be misleading, because in the end it will blind you to disruptive opportunities,” says Christensen.

“We define markets in terms of consumers (those currently buying a company’s products) and non-consumers (those who for whatever reason are unable to access or afford what a company is offering). As a company looks around and decides what to invest in, they immediately go and listen to their best customers, who will always want more and more. But there are large populations of non-consumers who are not considered, which is where disruptors gain their foothold.”

There’s the term again: disruptors. Christensen outlined his now-famous theory of disruptive innovation in his seminal book, The Innovator’s Dilemma. A recurring theme of disruptive technologies and innovations is that, while they eventually create a new market and value network in the long term, they often fail in the short-term – and are typically first commercialised only in emerging or insignificant markets, usually by start-ups.

Is it possible, then, for a large company to adapt and execute that same nimble, disruption-friendly start-up mind set? Christensen dismisses the idea that size really has anything to do with it. “The pursuit of profit can blind any organisation, regardless of size,” he says. “The only challenge is that an established firm generally has figured out how to make money, and therefore pursuing disruptive opportunities doesn’t seem compelling until it is too late.”

“The only instances we have seen of established firms figuring this out is by setting up autonomous business units. IBM did this by physically sending a team to a new city, and giving them the charter to develop the next disruptive product. They did this with minicomputers, and then again when they went after the personal computer market.”

The question then becomes how a large company – like Discovery, for example – can foster a culture where disruptive technologies are identified and embraced. The answer to that lies in determining where and how strategy gets formed in a company. “Strategy is at work in a company 24/7,” Christensen says. “It’s getting formed by every salesperson, every manager, every executive, all the time.”

“What any company needs to do in order to change the culture is understand the processes at work, in and out of the organisation, and re-engineer them to enable focus on disruptive opportunities. A company’s culture comes down to the processes at work day and night throughout the entire organisation, and a firm that can develop processes that can be repeated over time to instil innovative activity has a competitive advantage.”

What, then, should business leaders do when they do ultimately develop a disruptive technology? By definition, disruptive innovation tends to be attractive in the long run, but it’s often something that the company’s customers (or, perhaps, its leaders) do not want right now. So what do you down with it once you have it? Christensen’s advice is simple: “Don’t let it go.”

A good example here is Amazon CEO Jeff Bezos (who was heavily influenced by The Innovator’s Dilemma), who has spoken about how the next few quarters for Amazon have largely been predetermined.

“They were planned years ago when they decided to invest in disruptive opportunities,” Christensen says. “In other words, [Bezos is] constantly thinking of the long term. Managers who want to navigate disruption effectively have to constantly be focused not just where the money is now, but where it will be in the future.”

Christensen concludes by quoting ice hockey great Wayne Gretzky. “Gretzky said, I don’t skate to where the puck is. I skate to where it will be. Managers need to do the same. And theory can guide them.”

Be inspired by learning just how much Vitality Active Rewards members have given back to society by achieving their goals and donating their rewards to fellow South Africans in need.

Discovery CEO, Adrian Gore, looks back to the start of the Discovery journey and the evolution to where we are today – a business which has been able to align our core purpose of making people healthier, enhancing and protecting lives with our commercial interests.

16-year-old Brandon Kynoch’s mobile game, 'Torus.' was downloaded 100 000 times during its first 24 hours on the App Store and chosen as 'Game of the Day' in 137 countries. Discovery caught up with this self-taught programmer and indie game developer, to talk tech.