Innovations that dent the universe

Say good-bye to yesterday and hello to future inventions that matter.

The world is undergoing a system reboot and once the post-Covid restart button is pressed, we’ll see a seismic shift from the old to the new. Innovations that were once the stuff of science fiction are continually becoming reality, highlighting the old adage that “necessity is the mother of invention”.

We’ve seen some ground-breaking innovations just in the past decade. Here’s what happens when new ideas are put into action, embraced and not resisted.

Drones are the lifeblood in Rwanda and Ghana

Zipline is synonymous with speed and adventure. It’s also the name of a Californian company that has been saving lives in Rwanda since 2016 by delivering vital medical supplies, including blood donations, to remote clinics in this African country.

Each drone has a hatch that can store a package of up to 1,8kg. And a single flight can deliver up to three units of blood – enough to save nine lives!

Most Rwandans live in rural communities where people are far from medical help, especially in emergency situations. Zipline uses battery-powered drones that have a service radius of 85km, and delivers packages come rain or shine. Trips that might have taken the whole day are reduced to 30 minutes or less by these “giant birds”.

Medical supplies are transported from a distribution centre to some 2 500 hospitals and other health facilities in the two countries. The packaging and loading is done by trained medical professionals to ensure the safety of the supplies. Each drone has a hatch that can store a package of up to 1,8kg – even in cold-chain conditions when necessary. A single flight can deliver up to three units of blood – enough to save nine lives! When larger orders need to be delivered, multiple drones are sent at the same time.

Zipline has expanded its service to Ghana and is now also delivering personal protective equipment (PPE) and coronavirus test samples to clinics in these two countries. For many, Zipline has become a new health lifeline.

When this Danish toy manufacturer puts its head to doing something, there’s no time for construction delays – in fact it beats the clock. Some years ago, Lego announced its plan to ensure that all its production facilities run 100% on renewable energy. This ambitious goal was set for 2022, but the company reached this feat three years ahead of schedule.

In 2016, Lego was still using more than 360 gigawatt hours to manufacture 75 billion Lego bricks. However, its investments in the development of green energy since 2012 has paid off. The output from these investments is now bigger than the amount of energy used at all Lego’s factories, stores and offices around the world.

The next green project for this trendsetting toy company is “green” building blocks. Lego promised that its bricks will be 100% sustainable by 2030, by changing from fossil fuel-based raw materials to more sustainable or bio-based raw materials. Recently, it also announced the production of botanical pieces – leaves, bushes and trees – made completely from plant-based plastic. So, for Lego children of the future – green is the new red, white, blue and black.

The Polish construction company Strabag built a luminated bike and pedestrian lane in the northern town of Lidzbark Warminski that glows in the dark. 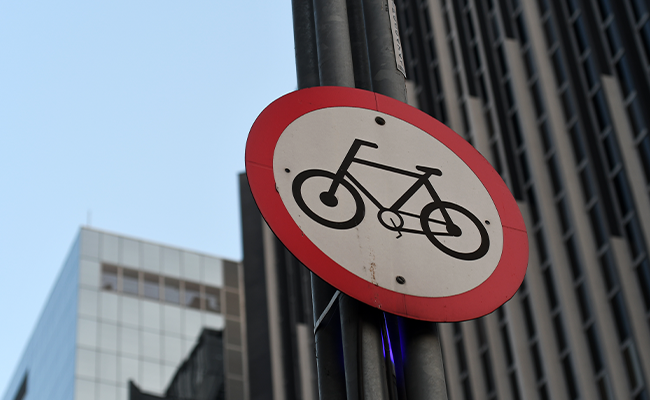 The bike and pedestrian lanes are manufactured using a phosphorous material – a similar substance to that found in glow-sticks and other glow-in-the-dark products.

The bike and pedestrian lanes are manufactured using a phosphorous material – a similar substance to that found in glow-sticks and other glow-in-the-dark products. The phosphors are energised by radiation, including sunlight, and can store energy which is then released as light which can last for up to ten hours. The manufacturers of the phosphor material and construction company will monitor how the glow-in-the dark lane performs in different weather conditions and temperatures before they’ll decide to replicate it in other locations.

This innovation serves a dual purpose – it safeguards cyclists and pedestrians by increasing their visibility, but it might also encourage townsfolk to get more active. The news website Business Insider cited research that showed dedicated bike lanes get more people to engage in regular exercise. Enjoying the night life may take on a new, healthier meaning if Strabag expands its night lanes across the globe.

An Apple a day

Discovery’s Vitality programme has been around for more than 20 years and has done groundbreaking work in getting people healthier, fitter and slimmer by rewarding and incentivising behavioural change. 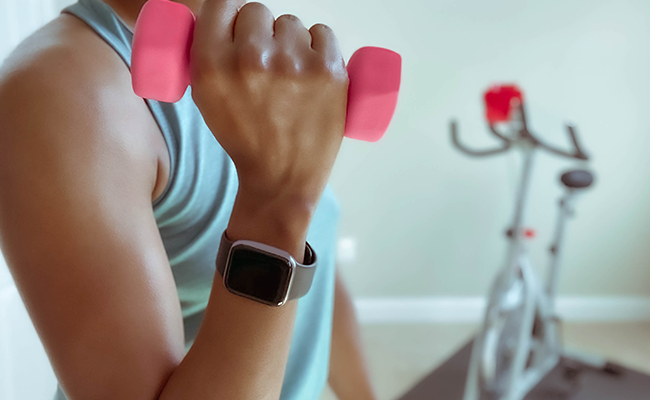 The bike and pedestrian lanes are manufactured using a phosphorous material – a similar substance to that found in glow-sticks and other glow-in-the-dark products.

A few years ago, Vitality joined hands with the iconic Apple company in an innovative programme where Vitality members pay a minimal activation fee for an Apple Watch. The monthly repayment for the watch can drop to zero if members reach their daily exercise and calorie-burning goals. The partnership between Vitality and Apple has yielded astounding results. An Apple Watch Study involving 400 000 participants showed that the activity levels of the up-takers increased by 34%, which equals 4.8 days of extra activity per month. These increases occurred regardless of health status, age or gender.

The late Steve Jobs, co-founder of Apple, was possibly one of the most significant visionaries of the 21st century. He likened innovation to an action that leaves a dent in the universe. At a time when the world is in turmoil, it would do us well to remember that innovation when embraced and not resisted heralds in a better, safer and healthier world. Sometimes it requires a tear in the fabric of ordinary life to let a new light shine in; these trailblazers have shown us how to harness this light – literally and figuratively.

Not a Vitality member? Join today and get rewarded for staying healthy.

Call us on 0860 000 628 or leave your details and we will call you back. You can also log in to activate Vitality yourself.

The power of technology in risk engineering

Azania Mosaka recently spoke to two women at Discovery who challenge the status quo every day. Not only are they at the forefront of building innovative digital healthcare solutions, but they are also role models for future generations of women.

Clothing factories based in Cape Town had shut down indefinitely because of the COVID-19 pandemic, until they received an urgent order for items they had never produced before – branded face masks for Discovery and Vitality.